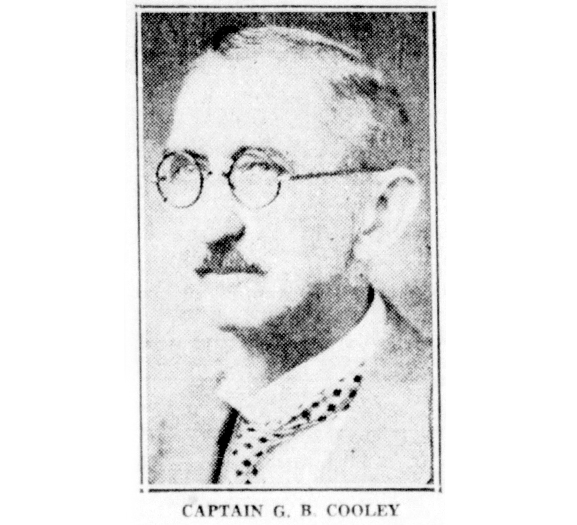 G.B. Cooley was born in Savannah, Illinois, but in 1894 he moved to Monroe with his wife, Selena Kugler Cooley and started the Monroe Steam Laundry.  Cooley became one of the city’s most successful businessmen, and he soon set his mind to building a new home for his wife and him.  Cooley’s brother and Walter Burley Griffin’s parents are believed to have been friends in Chicago.  It is probably through this connection that Cooley and Griffin became acquainted.  Once they met, it is of little surprise that these two innovative men recognized a kinship.  Beyond their entrepreneurial natures, they both took strides to improve the human condition.  Griffin did this through his design.  Cooley did this through his efforts to battle tuberculosis.  Cooley was instrumental in rallying the support of wealthy Monroe families to build a hospital to treat the tuberculosis epidemic.  Because of his leadership, the hospital was named in his honor:  the G.B. Cooley Sanitorium.   Over time, the large-scale threat of tuberculosis faded and the hospital’s focus shifted.  It became known as the G.B. Cooley Hospital or G.B. Cooley Services for Persons with Developmental Needs.   Captain Cooley died in November 1952, at the age of 87.  Mr. and Mrs. Cooley are buried on the grounds of the hospital, located in West Monroe.